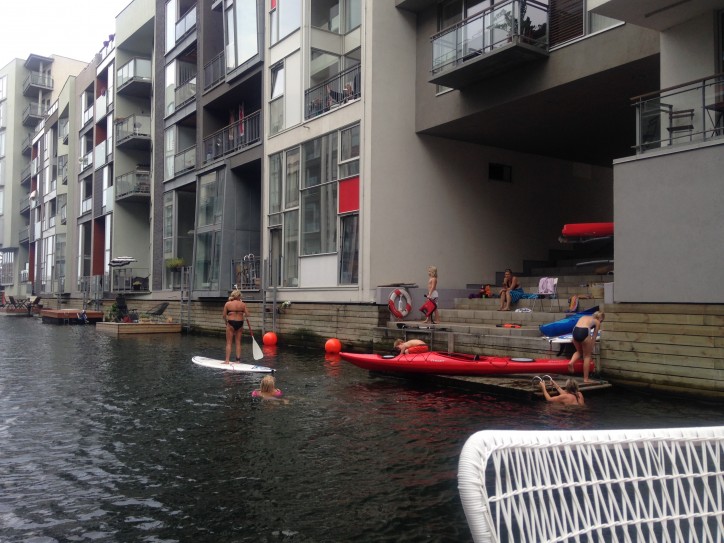 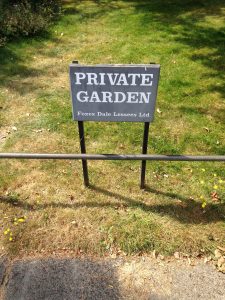 My current parking fixation has made me muse on the notion of sharing, something which my great friend Carolyn Steel will be exploring in depth in her important second book about food. My view is that we do not like sharing in this country. Sharing means uncertainty. Ambiguity. No rules. Improvisation. Our painful national shyness, as brilliantly highlighted by So Very British, means that we would rather barricade ourselves behind self-imposed, actual or virtual eight foot fences than experience this uncertainty. Sharing requires communication, and it needs values and standards to be aligned, as I saw in Denmark. (Shared canoes and surfboards did not get stolen from an open storage area). There’s inevitably also a status anxiety issue here too, with exclusive ownership representing success, wealth, a moving on from a previous impoverished existence, never to return. Is this hyper-conscious social mobility an English trope? 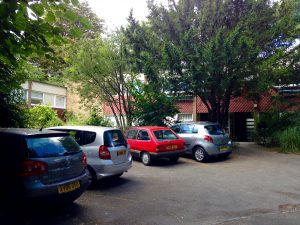 Shared street-based parking spaces are very unpopular, even though they are the default mode of parking on a Victorian street. On new builds, unallocated spaces give rise to a ‘guerrilla parking’ culture: even the cars themselves, as they mount the kerb or skew sideways, seem desperate to be in-curtilage. We don’t like sharing the highway either: below-the-line comments in online media are brimming with rage between the cars cyclists, taxis and buses who dare to take up one another’s road space. What about sharing cars or bikes? Strictly for the urbanites, and even they aren’t sure; car clubs and car sharing sound good on paper but you can’t leave your stuff in those vehicles. And Boris Bikes are for tourists, right? Public transport is another step towards the horror of sharing space – and worse, not being in control of the vehicle. I have discovered that the worst insult you can pay to someone in one UK town is ‘I saw your husband on the bus’. 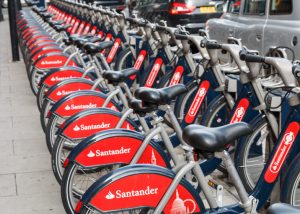 Some people won’t sit down on tube seats because someone else has sat there. (I even heard of someone who took their own sheets and towels to hotels – and was surprised to hear that others did not…) And those of us who live in flats must of course suffer the indignity of sharing a number of things: in my case, corridors, lifts, stairs, storage, a garden, a laundry and even a heating system. Friends of mine were aghast at the idea that I could not control when my heating went on and off, and insisted, quite sincerely, that I considered selling my flat. The word ‘leasehold’ still sends a shudder down many an English spine, and no wonder when the rights of flat owners are so poorly served. But like the best mutual enterprises, you can achieve something far more valuable and enriching than the sum of the parts by organising it collectively. If you can cope with sharing, that is.

PS ‘Being in control’ – now where have I heard that recently? It’s such a powerful and yet a destructive fantasy.