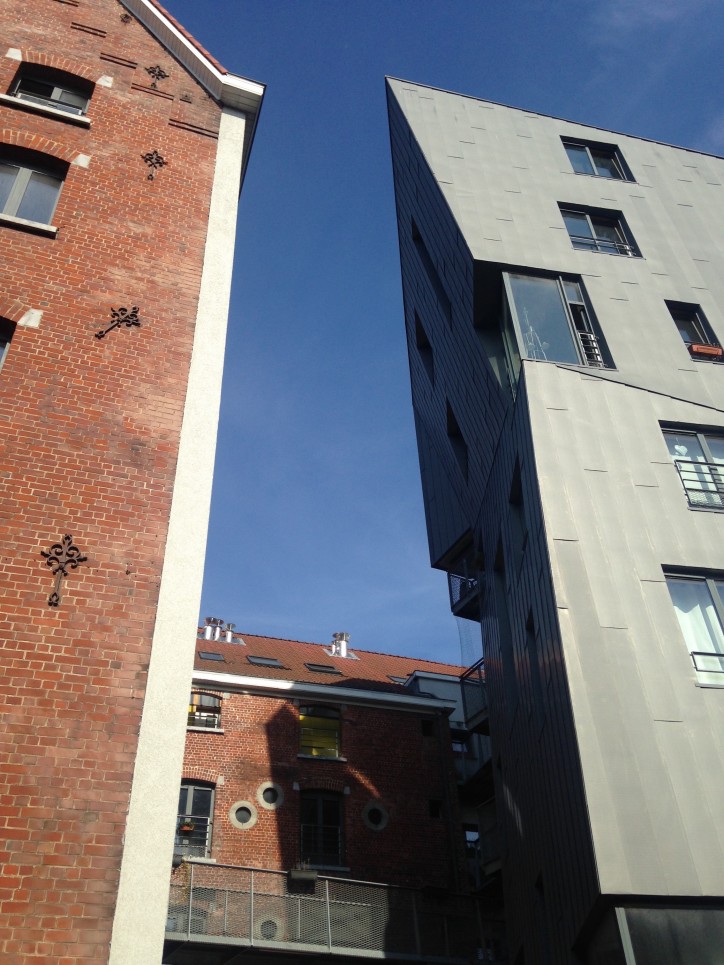 ‘London is just a paper-chase”, explained Maickel, a musician who lives in a fantastic sub-market rent community for artists only in the Molenbeek area of Brussels. He meant the quest for money, of course, but it’s no wonder when London rents are averaging £1800 a month. Maickel is paying substantially less than that for a secure tenancy in a characterful flat in a former brewery in an emerging area of the city, developed by a housing association a few years ago. An architectural competition was held and Escaut chosen, a firm which appears to enjoy the poetry as well as the practicality of development. 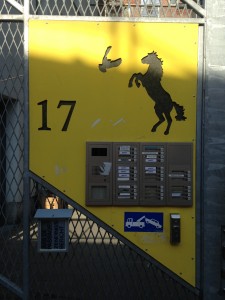 The brewery was beautifully brought back to life as flats, and a new pavilion added to create 31 new homes. But the housing association, Fonds Du Logement, has since stepped back a bit and has not been able to facilitate any ‘community development’ at the site.

As with Brutopia, all communities (especially new ones) need effort and some encouragement (sometimes from a third party) in order to flourish. Many of the flats at Cheval Noir have been left unlet (it is not clear why), and some of the artists, far from being community participants, are choosing to ‘do their own thing’, which some others have found disappointing. Indeed one artist, who has now moved out, expressed their frustration by graffitiing the front elevation with a dotted box which says: ‘cut out here to decorate your middle-class interior’. It’s interesting how different people’s aspirations 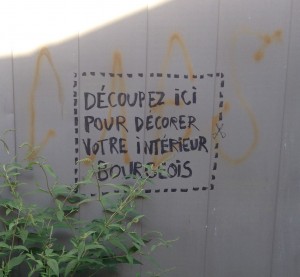 can be for their micro-community. Should all degrees of privacy be respected, even in a high density development? Just because you are an artist on a subsidised rent (means-tested and then set at one third of your salary with a floor of 600E/month), does it mean you have to participate in the life of the building, or even your wider locale? I am not aware of any dedicated new build artists’ or musicians’ housing in London, but have seen it in both Holland and New York. It strikes me as a sound idea, given the odd hours, the likelihood of noise and mess and the alchemy that comes with proximity. And artists of course enrich their locations, however unpromising.

Returning to more practical matters, the resident noted that not enough had been spent on the detail and specification: components were failing early in the life of the building. This is a classic mistake which lower income housing developers make, incentivised to hit low initial capital costs to meet funding targets but paying later when all the boilers need replacing too quickly.