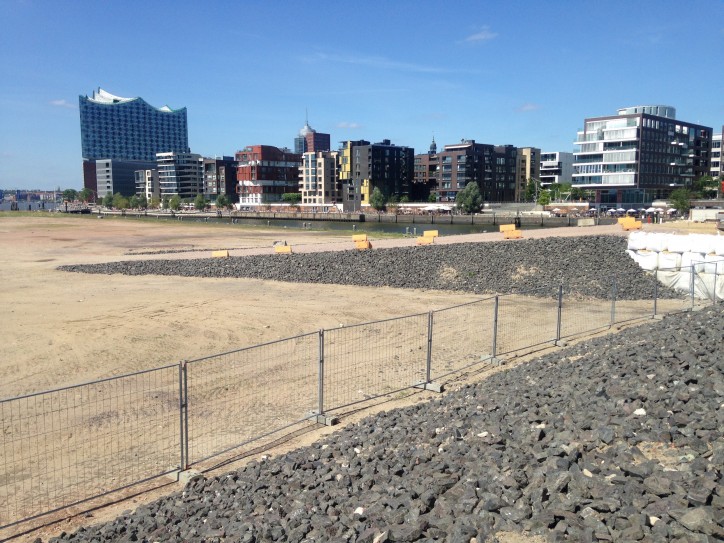 Estate agent feedback: ‘No-one from Hamburg lives here – people have moved here from all over Germany and the world. It’s too dense – more parks are needed.’
Journalist feedback: ‘I wouldn’t want to live here. Most Hamburgers want to live in the suburbs. Only older people live here.’ 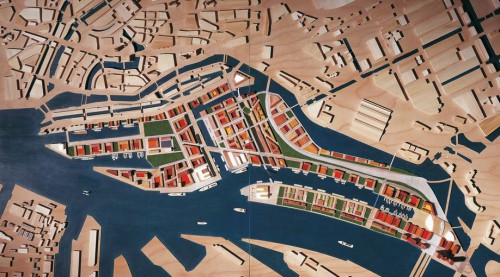 We Brits don’t like being told what to do. My jaywalking in various cities has been met with barely polite stares at best: but no-one’s going to tell me when and where to cross the road. So perhaps that’s why HafenCity, Hamburg’s massive and confident city centre re-purposing from industrial port to a more mixed economy, makes me want to rebel. But this is unfair of course: aren’t new pieces of city inevitably ‘over-planned’ and deterministic in order to attract investment, whether by corporations or individuals?

An SPV owned by Hamburg City first commissioned a 20 year masterplan (now updated with extra density), and now prepares plots for sale (subject to planning), runs competitions to find developers for each plot (the winning bid now based on quality (70%) as well as land payment (30%)) and then requires each successful developer to run an architectural competition for their plot. 18 months are then spent designing the buildings in close collaboration with the city, with design reviews being held by specially constituted expert panels. In many ways, this is music to my ears: a strong public sector demanding the best for its new quarter but working within a commercial and collaborative framework. The masterplan all makes complete sense: medium density, totally mixed use, copious public realm of different shapes and sizes, retention of majestic Victorian warehouses – I could go on. 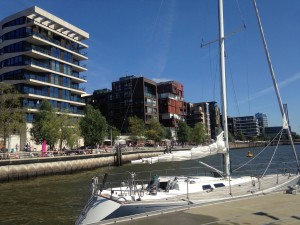 But it feels too planned – like an Expo – festive and highly legible to the point of theme-parkery, complete with comedy non-orthogonal buildings at key nodes. Although virtually impossible in our era of Googlemaps and SatNav, cities need secrets. Big anonymous plazas with umbrellas are corporate, obvious and uninviting. Is it possible to design infrastructure for the unexpected, for bad behaviour, for the café which only the locals know about? In the best plays and books, the audience has to be left with connections to piece together for themselves, or they disengage. Steve Tompkins once made a memorable observation to a bunch of undergrads (myself included) earnestly designing a new arts centre in north London. ‘Wouldn’t it be more interesting not to make it obvious where the front entrance was, make people seek out a small slot in the wall, make them fight to get in?’ Several faces fell. But something resonated. 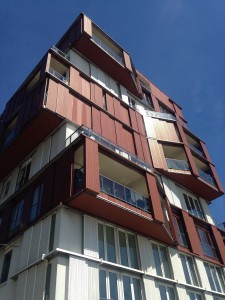 7000 homes (making up a third of the built area) will eventually be built here: currently there are far fewer and the place feels under-populated (especially in the evening), though tourists and office workers enliven it during the day. The Philharmonie is eagerly awaited by locals and the estate agent alike, who hope that it will bring more life along with it. Subsidised rents are £300/month (low by London social rent standards) and market sale prices are £400-£600/square foot – seen as expensive by Hamburg standards, but not comparable with London (at probably triple that for the same quality of space). 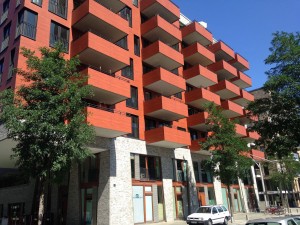 Older downsizers have flocked to HafenCity, even as it tries to attract more families (with some success). But the most important fact about the residents is that they ‘don’t come from Hamburg’, according to the agent. Whilst there is a longer-staying cohort, the flats have chiefly been popular with incoming German or international workers, who might stay for a few years. One suspects that these people may have second homes elsewhere.

I think the jury has to be out on HafenCity until it has had more time to become truly part of the city, to acquire ‘sin-bins’ and for people to appropriate it in as yet unknown ways. I’d be interested to hear if anyone knows of a new build piece of city which has been able to facilitate a more diverse and unexpected cocktail of activity early in its life.

PS: there’s an Olympic bid being prepared for the substantial docklands area across the water from HafenCity. The residents of Hamburg get to vote on whether the bid is made! Would Londoners have said no if asked? (Munich did…)