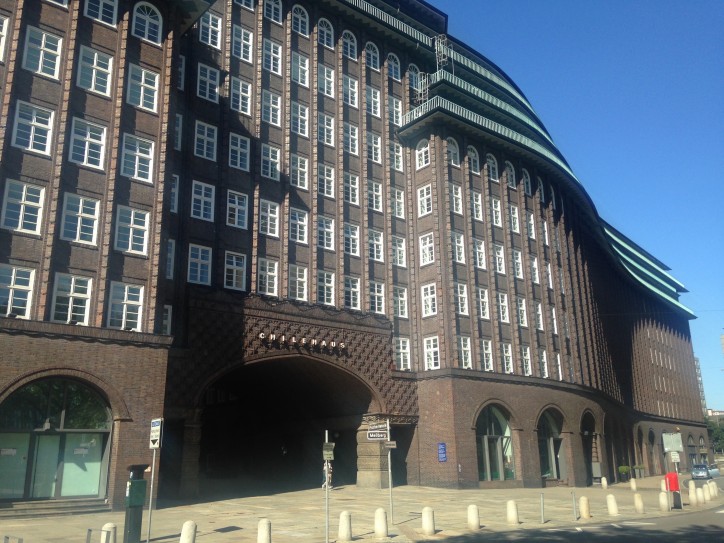 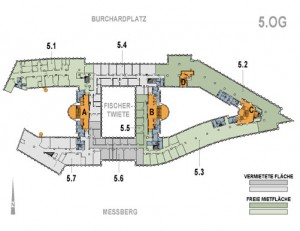 I know – it’s not housing. But it could be. Chilehaus is a UNESCO site in a small but dramatic quarter of Hamburg called the Kontorhausquartier. This awesome (and I mean this literally!) expressionist office building looks like something out of Metropolis – simultaneously glowering and full of humour. I am not going to dwell on this building, but suffice to say that its 30,000 square metres could easily be housing. I calculate that 300-400 flats could fit in here (depending on how many bedrooms per home) which would give that many homes per hectare (the site is almost precisely one hectare). 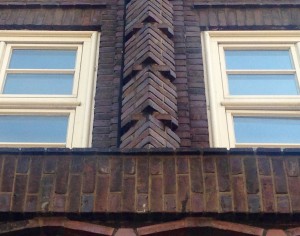 That’s a similar density to Dolphin Square and Ducane Court, both highly successful London 30s mansion blocks. Who said high density spoils cities or is inhumane? It’s all in the detail, which Chilehaus has in abundance. Every 7th brick is spun in these piers between the windows. So simple.