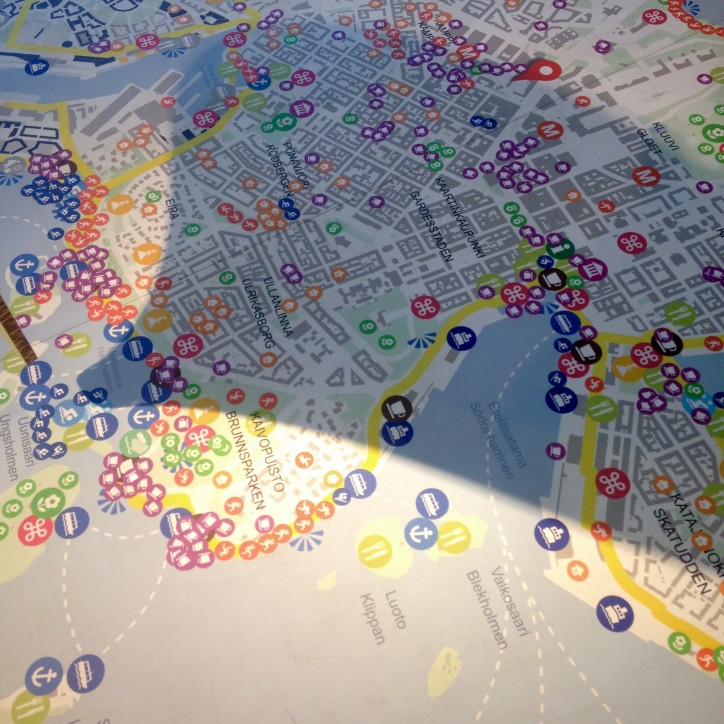 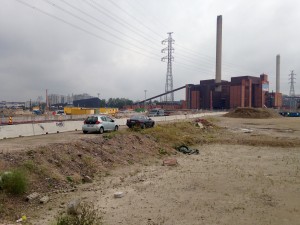 What is the best way to communicate with and engage citizens in the scale of change (50,000 new homes per year) currently anticipated in London? Regeneration can feel like trench warfare in my home city sometimes: people are simply not on board with new housebuilding, not in their back yard, not anywhere. Somehow the civic conversation has become knotted up to the point where every new scheme is just the next battle site. There is no narrative to link it all and the same issues arise for every project. Key flashpoints include affordable housing, demolition and tall buildings: if you’ve got all three in your regeneration project then you’re in for a long and expensive ride. Helsinki seems to have got something right in this respect, and with 5,000 new homes planned per year, there is plenty to talk about. 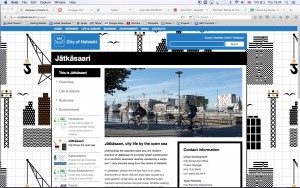 Helsinki’s mayor is quoted as saying ‘My vision is that anyone could follow and take part in the decision-making process from the beginning of the preparatory process’. My first stop in this fine city was Laituri – a visitor centre right in the heart of the town, run by the city and staffed by interested and engaging people. The space was informal and friendly, with both permanent and temporary exhibitions, huge maps, and a substantial amount of literature about the many separate regeneration projects completed and ongoing in Helsinki. There are ways to comment and participate, both here and online. In fact, my first stop in Helsinki was before I arrived, looking at their very informative and open city website, which describes all regeneration projects in as much detail as you wish. It is so refreshing to see all major projects in one place, with their economic and social benefits outlined in addition to their physical ambitions. Not only that, but every regen area has three names and email addresses beside it, to show who is responsible; a list of public exhibitions with dates is also made very clear. Helsinki Region Infoshare (HRI) contains 1200 datasets and allowed a map-based citizen survey to take place which gleaned nearly 33,000 comments when launched recently: the results were then published for all to see, such that people can make their own new or counter-proposals based on this data.The city has a department called ‘Urban Facts’ which manages and reports all of this data, and also publishes it in a surprisingly honest and straight quarterly magazine. 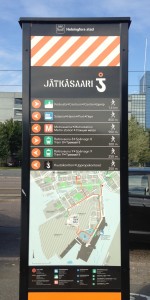 Buying or owning land (public or private) to use as a base for building and selling property (which will persist in the public domain for lifetimes), surely warrants a more robust social contract than the one we have at present in London. Planning policy and section 106 in particular are supposed to underpin that contract but they’ve been nibbled away to the point where they’re losing their meaning. Planning has become an obscure, legalistic and specialised activity, ‘practised’ by suits and fought over largely behind closed doors. But it’s the vehicle by which we negotiate and then set out the use of our shared space. It needs to come out of the office block and the town hall and back into people’s hearts. NIMBYs have now become well versed in its dark arts, but they too need to accept a widening of the field of players. This has been attempted through Neighbourhood Plans; in my view, Neighbourhood Planning is just the same bureaucratic processes played out mostly by society’s most vocal, active and time-rich (all power to them in a way), but again, behind closed doors. We need Terry Farrell’s suggested Urban Rooms – sponsored by, but physically separate from, town halls. Peter Murray and Co with the excellent NLA is just one example: London needs far more of this and for it to be more local, in the many town centres and opportunity areas identified in the London Plan: NLA ‘on-the-road’, if you like, jointly sponsored by the GLA/councils and the private sector. The investment would be more than paid back by the elimination (or at least the tempering) of the investment in (un)civil warfare and the shortening of the absurd time taken to get a planning consent. Planning, dare I say it, needs to be fun. Someone in charge still has to make a decision of course. So let’s enable them to make a decision based on educated trust.

Thanks to Iiris Tukiainen at Laituri, Tuomas Toivonen and Nene Tsuboi for housing talk and supper at the sauna, and especially to Markus Lähteenmaki for lending me his very keen architectural eye on Helsinki.

Long PS: Coming at ‘engagement’ from a completely different angle, I hadn’t anticipated doing much housing-spotting by night: but Tuomas Toivonen, a local architect (and sauna manager), had other ideas. Our ‘Wild East’ drive through the north eastern new build schemes and sites in the dark was both exhilarating and bizarre. ‘Mad Max’ is probably the best description of our landscape, racing (to the strains of dark techno) across dilapidated sites yet to start, in the shadow of the vast ‘Helen’ power station with its awesome coal heap a key city skyline feature. Old boats sat poetically washed up on the ex-dockside, forming temporary homes for someone; young people lit barbecues and organised the next big musical event; ‘rogue saunas’ were popping up to the delight of my fellow travellers; artworks and graffiti emerged around dangerous corners. Roads were not defined or lit, building site materials were abundant and unguarded behind loose and transparent wire fencing rather than 6 foot high glitzy marketing hoardings: nobody seemed to care. I returned the next day in the light, to find the same situation: but why is this relevant? Because in a strange way, it made the city’s change feel accessible, tangible, as if I was part of it. I am not advocating a complete abandoning of safety: I am just saying that the ‘meanwhile’ state of this huge site was a bottom-up colonisation which felt inclusive and hands-off. In the city’s latest quarterly magazine, there is a rather earnest (but honest!) article entitled ‘Citizens Prefer Collectively Produced Urban Culture’: research has shown that lower-key citizen-led events in the city are far better attended. Is there something here about getting people more engaged in the physical sites where the city is changing, but not being too directive about it? London’s Olympic site (which citizens of course contributed financially to) was somehow rather off-putting with its uptight 4m high fencing…