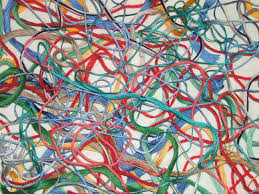 New London Architecture is focusing on housing in this second half of 2015, including its call for ideas and related exhibition and events. But it’s not just London: the cities of Northern Europe are all undergoing a spasm of change in this new(ish) millennium, caused by unforeseen levels of job formation and population change. Every time I meet with city officials or other experts, the same story starts: ‘our population is (say) 1,000,000 and we are growing by 10,000 per year’. A 1% year on year increase seems to be the norm across the north sea coastal cities and now on the Baltic, where I am having the same dialogue in Helsinki this week. London’s housing challenge is particularly acute due to the sheer numbers (c. 50,000 new homes per year for 20 years) required to address need. But rather than getting fixated on numbers, important as they are, I’d like to reflect on four related themes which have connected my visits to date. 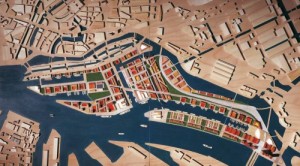 First, civic powers and leadership. It is quite simply so much easier for our closest continental European cities to take big infrastructural decisions (and housing is infrastructure) and then carry them out. These cities are small enough to have very powerful central control, which extends to compulsory land purchase and undertaking masterplanning with in-house architects as well as the usual planning powers. This is not to say they ride roughshod over their citizenry, who seem more involved and aware about their city expansion and densification plans than most Londoners. These cities are also investing substantial sums in infrastructure, with a view to recouping some but not all of that investment through land receipts from developers who often pay once land remediation and masterplanning has been carried out (by the city). This gives a lot of certainty to the private sector (but not as much control as they are used to in the UK!). London, with its 33 boroughs and overarching London Assembly, is not comparable. It suffers from 33 separate political environments, weaker mayoral powers and an inability to raise any serious local taxes and invest. Governance and financial aspects of civic leadership are fundamental to delivery, but what of hearts and minds? For me, there is something powerful about one’s ‘city’ being very clearly seen to lead: to analyse demographic data, present it to the citizens, take big decisions, assemble land, invest in infrasructure and masterplan collaboratively. Sometimes in London (rightly or wrongly) it can feel as if development is being ‘done to’ its inhabitants and workers, rather than ‘done with’. People feel abandoned and aren’t sure who to complain to: is it their Council Leader, Johnson or Cameron? In this cllimate, NIMBYism and suspicion of the private sector flourishes. This recent Guardian article discusses the pros and cons of giving more power to the capital: what do you think? 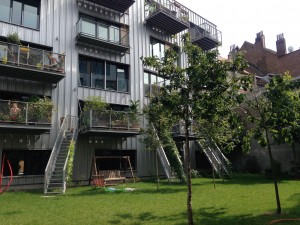 Second, resident-led development. A confession: I don’t want to build my own home (I never have), so I have previously been dismissive about whether a few niche individuals wish to get together and develop schemes themselves, in house-by-house style or more in a more collective typology. Meeting residents at Brutopia and seeing large scale public sector land-led schemes in Utrecht and Amsterdam which have successfully integrated resident-led housing has made me wake up to the potential of this ‘tenure’, both in terms of self-determination and affordability. Which is not to say that self-build/co-housing etc. is an easy option: your life circumstances could easily change during the years-long process, as Grand Designs participants are all too aware! It’s too hard to do this in London at the moment, for myriad reasons. Here is The Mayor’s brand new initiative, hot off the press. 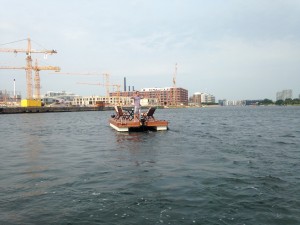 Third, water. I happened to choose several cities which have compelling waterfront locations which are now being transformed to combine pared-down dock activity with new higher-tech industry and housing: Amsterdam, Copenhagen and Stockholm all enable memorable inner city waterside living experiences. London does not benefit from a ‘playable’ waterfront amenity, nor does it make visible its industrial activity which all happens out of sight at the mouth of the river. We can look longingly at and cross over our tough watercourse, but it keeps its own counsel. So what is London’s ‘liveability’ USP if it isn’t water? Perhaps it is our green rather than our blue assets: our parks, trees and gardens and not our river. 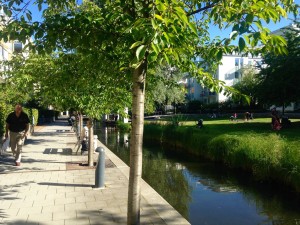 Greenery, whether public, communal or private, is where we need to focus more investment in London’s new housing schemes than we do right now. I have had the enormous pleasure of cycling through compelling inner city green environments around new housing, in particular in Amsterdam, Utrecht and Stockholm. Equally, I have seen places where the lack of trees has made a significant difference to the the sense of quality. Planning is often weak in respect of landscape design, which can get watered down as projects complete and super-profits dominate. Do we need more champions of open space in planning departments? The chances appear slim as council budgets are cut to the quick. So it is developers who will have to care more.

Which brings me on to the fourth point, architecture. Or rather, the lack of it in new housing in the UK. Some of you have been diagnosing the problem: I have held fire so far, but will make an attempt soon.

PS: Fifth, sunshine. You’ll be pleased to hear that the rain fell this morning in Helsinki, bringing an end to a three week run of glorious cycling weather. But the sun is out again this evening… 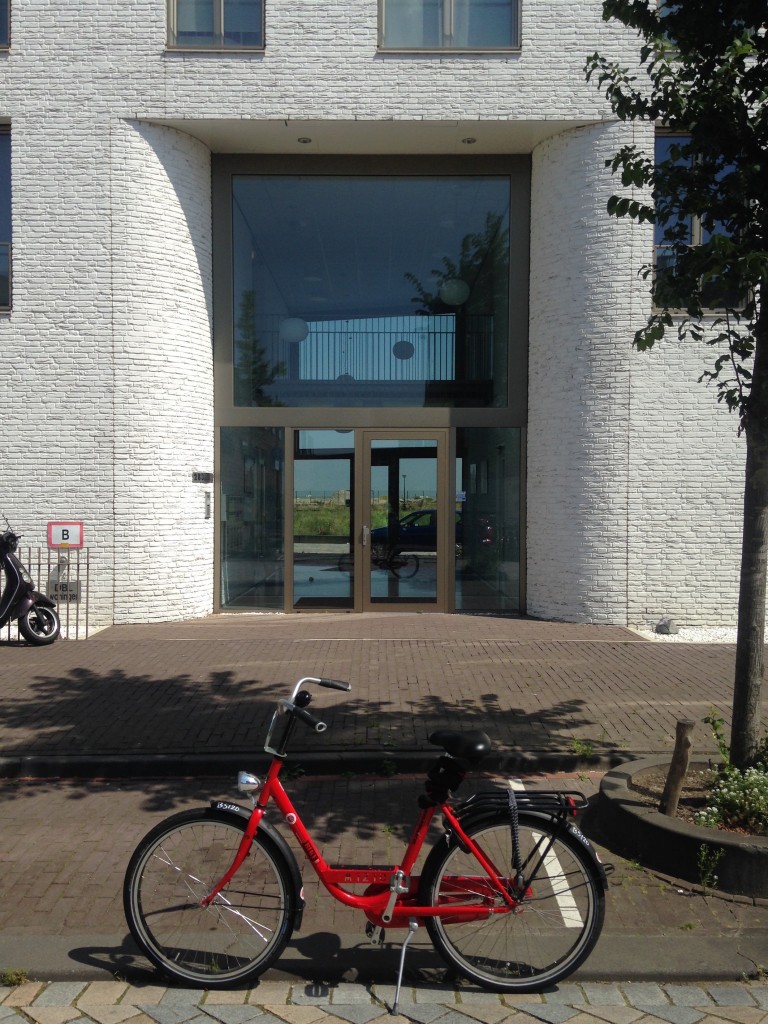