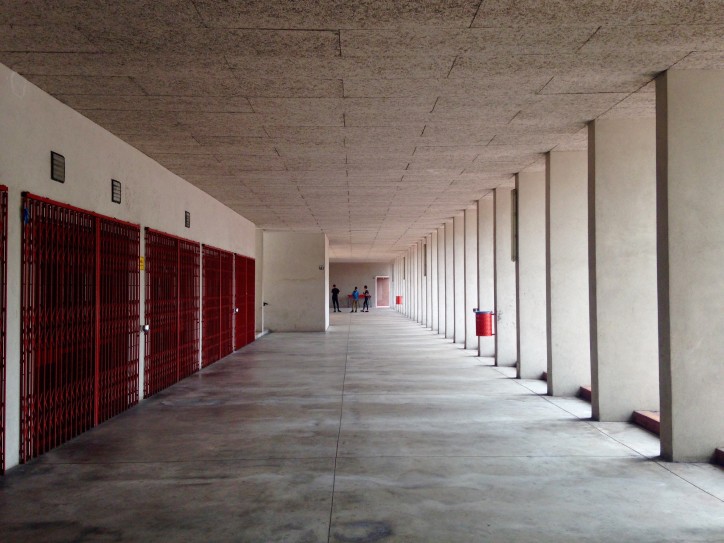 Resident feedback: (Cenni) ‘Everyone has to come in and out through this space – so we know each other’ 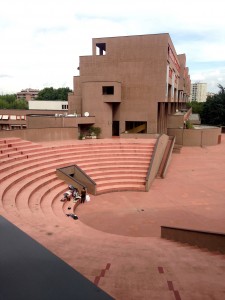 Circulation space in housing can range from the purely functional (getting to your flat and no more) through to being the social condenser: a place of meeting, greeting, plant growing and just sitting around, in company. Recent over-zealous UK Health and Safety legislation makes it far harder to personalise common areas with those well known trip and fire hazards, plants and chairs: a great shame. (Bad behaviour – leaving junk or being noisy – is of course also possible, requiring strong management – a subject for another day). Children don’t feature in 70% of London households, and lone dwellers make up almost half of these, meaning that these interstitial spaces can play an important connecting role in urban life.

Two schemes in Milan displayed different takes on the idea of circulation space as social forum. Gallaratese is a 1970s 440-home suburban project undertaken as part of Milan’s massive post-war expansion, similar to London’s public sector boom at that time. The Rossi and Aymonino housing at Gallaratese is now renowned for a number of reasons, including willful architectural expressionism, early organised squatting, and reputational notoriety resulting from both. But a genuine social agenda fuelled the passion of both architects, Aymonino laying great store by an outdoor amphitheatre as well as walkways, ramps, decks and galleried colonnades, making his ‘players’ strut and fret their hour upon a housing stage. 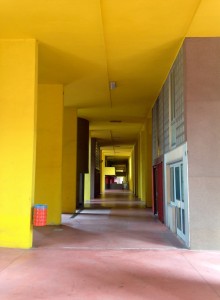 As with many somewhat misconceived 70s pedestrian environments, shops and businesses were anticipated as part of the scheme and their inevitable absence means that inadvertent (but architecturally compelling) ground and first floor caverns remain as super-circulation corridors. Comparisons with the Barbican and the Brunswick in London are obvious: a huge (verging on obsessive) architectural vision depending heavily on intensive management and hence the wealth of the residents for its success or failure. The once unloved Brunswick had a remarkable revival courtesy of highly successful retail as well as major capital investment (its Bloomsbury location saved it). Gallaratese was spotless on our visit, but did feel like a strange architectural museum rather 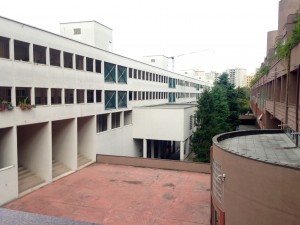 than a home. Rossi’s colonnades were frankly more art gallery than housing, but stunning, a fact relished by some art students staging a fashion shoot there as we toured. The committed caretaker told us that the cowed resident children seek alternative play spaces where it’s greener and cosier. If this estate were in the centre of Milan, it would be celebrated, but instead it struggles in the burbs, guarded 24 hours with a fence and single entry point. 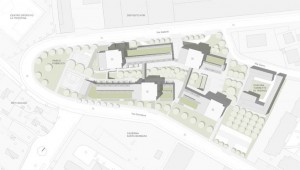 Back down to earth, a more recent scheme in Milan’s suburbs at Cenni showed what was possible when 8 storey pavilions combine with a two storey connecting podium to create a 123 home community for a deliberately diverse, handpicked set of residents. Social renters combined with those on a rent-to-buy deal (purchase is possible after 8 years renting, then the owner must stay for a further 15), as well as students, young workers and others with health or ageing issues. The central garden and the community around it (probably about 250-300 people) was just the right size (and simple format) for everyone to be known to one another. The first floor two metre wide deck access served both students and older people, as well as some ‘normal’ flats, and provided a covered loggia for all to walk through, chat, shelter from the 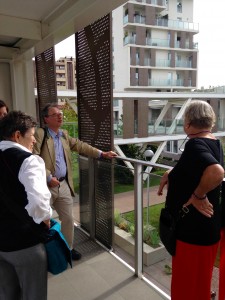 rain on the way home or just to shout down at neighbours in the recently opened café. As with Gallaratese, the commercial ground floor space is not working (yet at least) which may yet be solved by some more critical mass of commercial and arts use due to open next door in a few months’ time. The tall pavilions are made of render-covered Cross Laminated Timber, though you’d never know the structure (unless you give the buildings a tap and discover their disconcerting hollow timbre). Community spaces and food growing were available on the top floors and roof – a concept which has caused a little tension with the top floor dwellers. But as usual, it’s the engaged residents (two of whom I met) who make it all spin.

PS: As an architect, I don’t like to admit this, but what makes a very diverse community succeed is 20% buildings and 80% community lynchpins (I am trying to think of a less hackneyed phrase). I have no hesitation in saying that these individuals are almost always female and about 50-65. I have met a great number over the last few years: they are impressive, shoulder a lot, challenge anti-social activity, organise events, get funding, welcome new people – the list goes on – and all with little thanks. I salute them (they know who they are…) and genuinely wish they were involved in running the country.