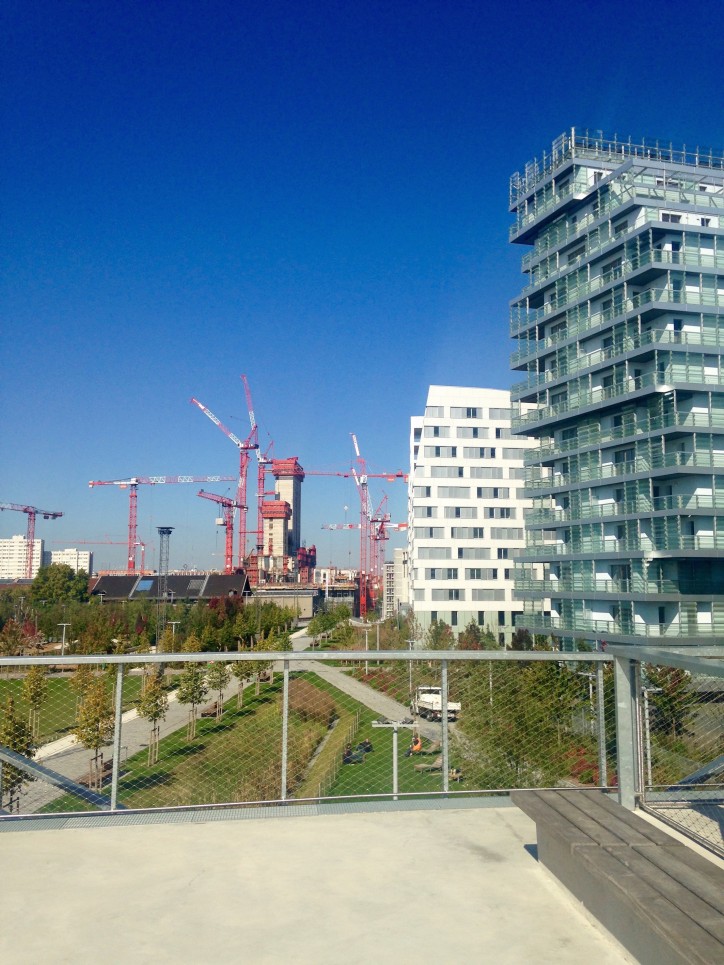 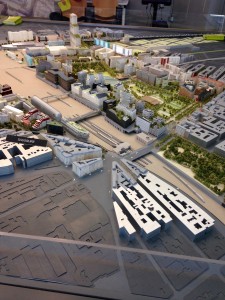 I’m not a big fan of revisiting old haunts, tending to run a mile from school reunions, for instance; but returning to buildings or sites is always very instructive, and even shocking at times. Paris was the venue for a choir tour in August 2012 which found me and colleagues singing in various wonderful spaces, but also staying in a total dive of a hotel just beyond the Périphérique, reached via a noisy and dirty walk along a bleak hoarded avenue. On our choral 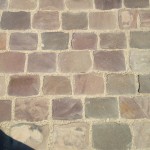 day off, I declined the tourist trail in favour of a visit to some new housing around Paris, and was rewarded with a number of stimulating and even humorous developments. This week I paid a return visit after three years not just to a couple of the schemes, but also, by chance, to the district where our infamous hotel was. What a fundamental difference three years can make! 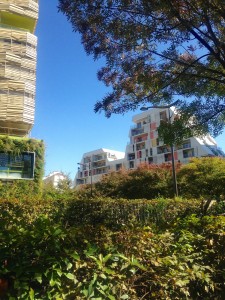 It’s the park – named after Martin Luther King – which is the star of the now regenerating Clichy-Batignolles area. This 54 hectare former railway siding was identified in 2001 as a site for the 2012 Olympic Village (sorry Paris) but was then developed for mixed-use anyway following the 2005 decision. Works to two train lines are ongoing right through this new green space but the correct decision was made not only to complete the park and build a pavilion-bridge over the railway, but also to spend a lot on materials, mature planting and careful design and details. This means that the 12-15 storey housing blocks which line its edge instantly have a compelling view as well as a useful amenity space, already very well used by all ages for exercise, reading, food growing and lounging. 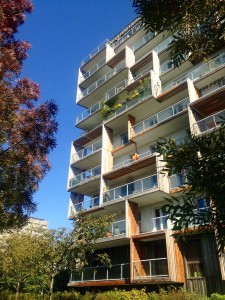 (There was even a right-on-cue game of boules being played). A high density of planting as well as interesting level changes and a multiplicity of paths at the southern end of the space created intimate, shady, sweet-smelling places to sit and read. This spatial strategy has created a high density residential scene either side of the park, but it did not feel oppressive: the blocks broke frequently along the park edge, allowing the park to breathe but without weakening its definition. The new Renzo Piano Palais de Justice to the north of this area will be anomalously tall by Parisian standards, and the 15 storey housing too has raised more than a few eyebrows. 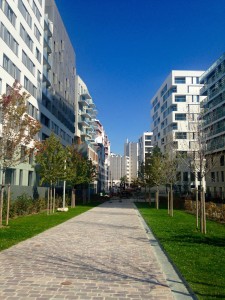 Concerns are allayed, however, by the quality of build and the elegance of the individual buildings, though the visitor centre guide commented that this first phase had been accused of variety overload. The later phase has seen, at the city’s behest, more architectural coordination and dialogue between plots; for my money, the variety feels manageable and even delightful. Is it affordable? Yes and no: market prices average at about £800/sq ft but 50% of the homes are sub-market. I like the French habit of putting project costs up on the hoardings with a pie chart showing the derivation of public spending on the scheme – ‘your taxes are paying for this’. I cannot overstate how startling the transformation of this area is since 2012, requiring a major leap of faith by the city’s masterplanning commissioners.

Other revisits included Rue Pierre Rebière (still looking fun, though the planting has not grown up the buildings as planned) and Rue Albert Roussel. This one struggled with some delaminating cladding, and the bamboo on the ‘Tour Des Fleurs’ was not happy on the west aspect, but otherwise the 10-12 storey pavilion blocks looked sound.

PS: In other developments, the choir’s conductor now is married to one of the sopranos and expecting a baby…