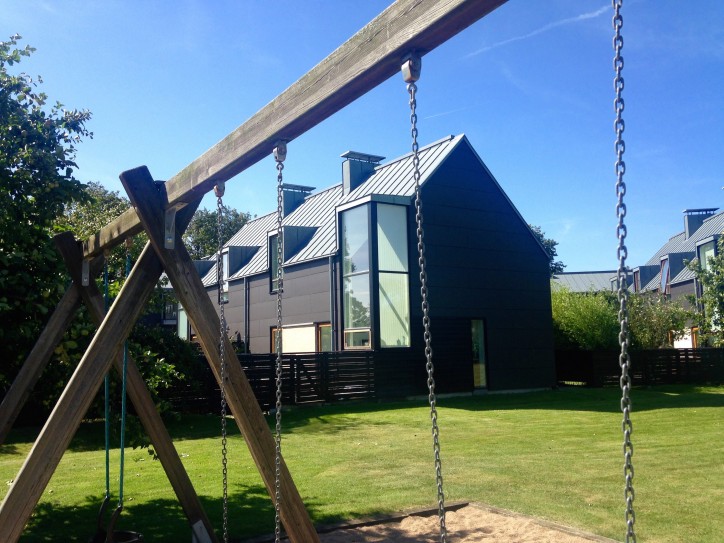 Resident feedback: ‘There’s not enough storage but we moved here because it’s very low maintenance and it has really been thought through by the architects’.

Village housing isn’t really what this blog is about but I happened to be close to this small development so paid a visit. Vandkunsten architects have a long tradition of contextual and human-centred housing in various settings, urban and rural. (I am reminded of Aldington Craig and Collinge or Proctor and Matthews). These three streets of houses (25 homes per hectare) form a modern but respectful addition to a very traditional fishing village. Materials are calm, detailing is fine-boned and double-height windows and flying bays add flourishes to the street as well as huge benefit internally. Boundary fences were built bordering public spaces, but residents could choose whether to erect fences or hedges between their properties: we met Peter who was in the process of undoing the border to his neighbour’s house! The houses tend to be lived in by young families or older people only, due to the lack of space and storage, the only real criticism which Peter had. The cranked streets, with their cobbled verges, are a Swedish tradition and are named after teachers from the school on whose land the scheme was built: the old school building remains as a library and adds character to the ensemble.

Thanks to Peter de Bellmond for showing two strangers around his lovely house with no notice. 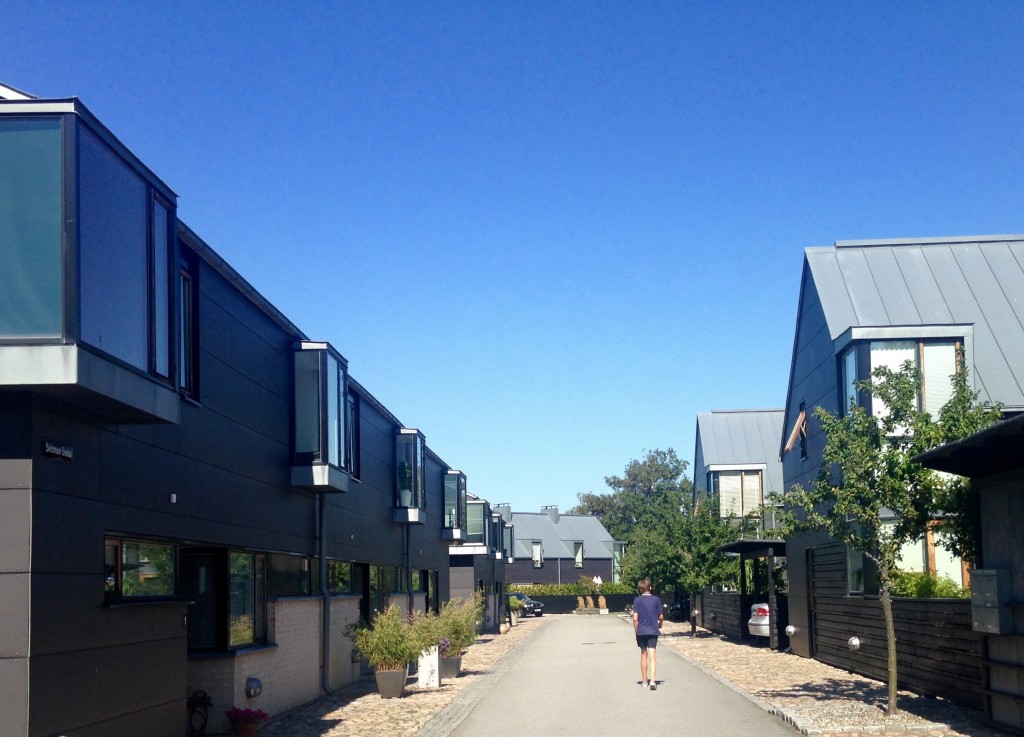