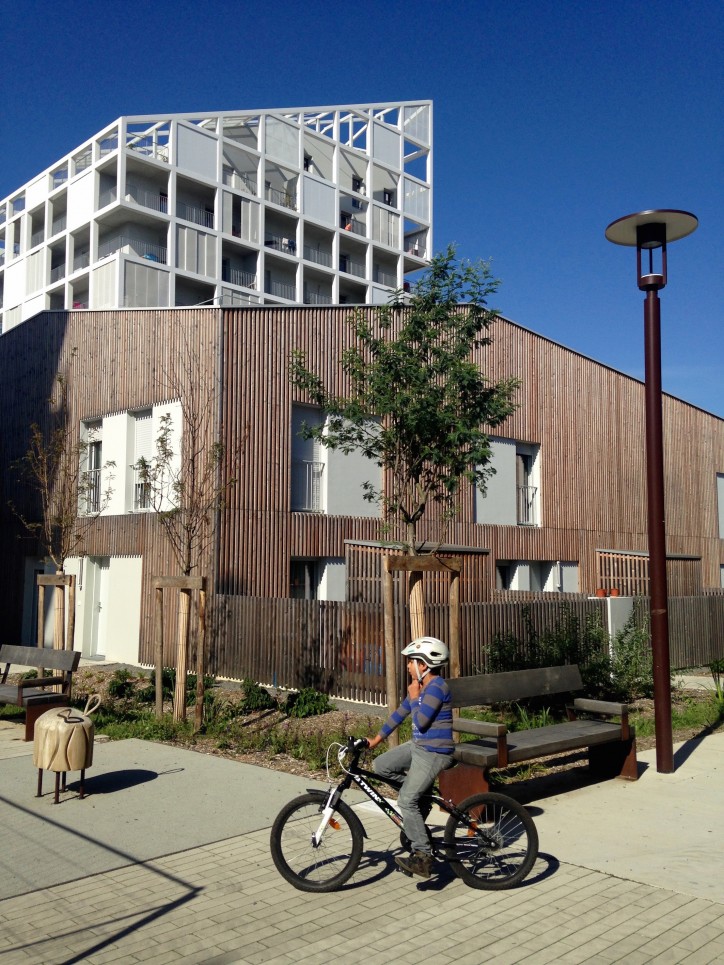 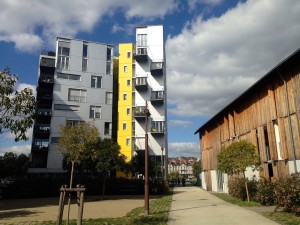 Can we talk about intimacy? I mean two to four storey buildings, six to ten metre wide streets, hidden ball courts and community centres, frequent turnings you can’t wait to explore (a Jane Jacobs leitmotif) and pepper-potted mixed income and use (or mixité as the French so neatly have it). It’s interesting how this can be an urban or a suburban condition, this close-packed model: I saw it in Nantes in the old Madeleine area (now gentrifying much to the chagrin of a young man on the tram), on the Île de Nantes, and also out in the ‘burbs at Bottière-Chénaie. 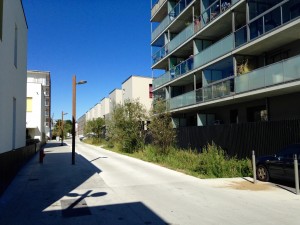 There is something enduringly attractive and appealing about modest buildings sitting close together, with people, plants and activity squeezed in between, creating cosy life in the gaps. What kind of density does it give? I reckon it could yield at least 100 dwellings per hectare, which is a good urban density. But this isn’t a catch-all solution, and it is hard work to get eight storeys to sit well with two: problems lie in overshadowing, overlooking, jolting elevations and organising the ground floor. But this is the model being most practiced and promulgated in London’s regen schemes at the moment, in a throwback to the 1950s 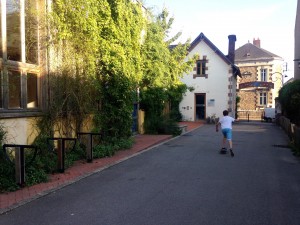 LCC concept of ‘mixed development’. At Bottière-Chénaie, there were moments where it looked like this mixed scene could work, but the streets were not well enough defined for the place to hang together. On the Île, there were some wonderful successes for me, where two-three storey timber buildings (either preserved or new) nestled up to eight storey neighbours in a way which added something to both. More on the Île de Nantes tomorrow.

Thanks to Jean-Paul Bonneau at the Maison du Quartier for explaining Bottière-Chénaie from the community perspective.