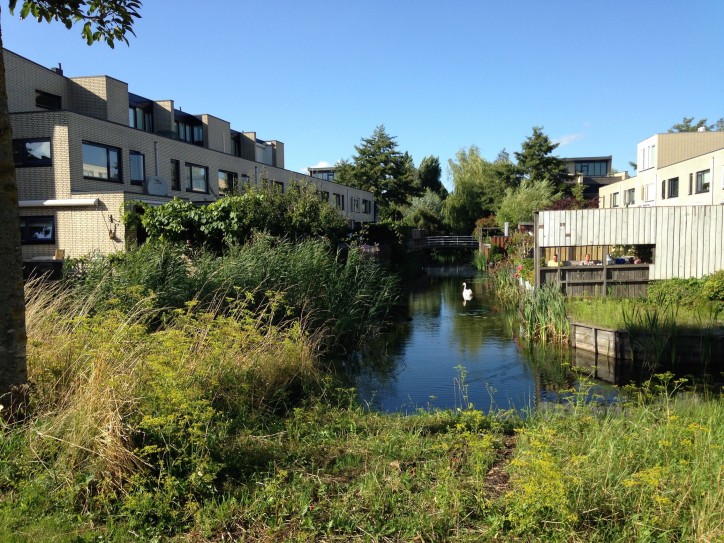 Resident feedback: ‘This is a wonderful place for our children; we do miss having local shops’.

Multiple overlapping narratives can be applied to Leidsche Rijn, whether it’s the transport strategy, the green credentials, the reinterpretation of suburbia, the tenure mix, the landscape or the overall ‘Vinex story’ itself. The one which stands out for me is the extraordinary achievement of Utrecht Council in persuading its outlying (and separately governed) village neighbours to accept that 32,000 new homes would not only surround them, but attach them irrevocably to the main city. 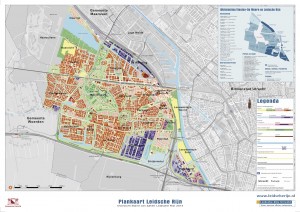 Anne Wittekamp from Utrecht Council was very clear that the whole project of Leidsche Rijn could have collapsed in its infancy were it not for the communication and negotiation work led by landscape architect and urbanist Riek Bakker, who knocked heads together with the existing landowners and persuaded them, against all odds, that the new homes were the only way forward for the area. This kind of trust-building with and between all local actors is both rare and under-sung. As Marc Verheijen from Rotterdam explained in an interview online:

‘It can be an architect, an urban planner, a landscape architect, it can be everyone, as long as that person can think and talk in the third dimension. Rotterdam has a strong tradition in this perspective. Almost every 10 years such a person took Rotterdam by the hand. Willem Nicolaas Roze and Riek Bakker are well-known examples of such a person. A person with full commitment to the city but at the same time a person that speaks the language of investors, of entrepreneurs, of politicians, of inhabitants. This person should be smart enough to stay out of the contemporary bureaucracy, procedures, thinking patterns.‘

Leadership and communication is badly needed in the UK to deliver more housing as NIMBYism has inevitably risen due to a lack of trust from existing residents in the planning process. ‘Garden cities’ are all the rage in the UK right now. This gentle-sounding term is being commandeered into service by politicians anxious to make large numbers of new homes sound palatable to an increasingly embattled electorate. 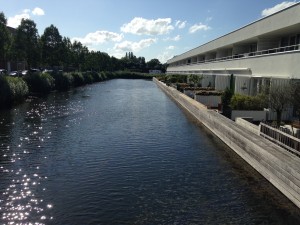 Leidsche Rijn manages to achieve the feeling of a garden city without being one at all. It is too big at 80,000 people (garden cities are limited to 32,000) and also attached (very firmly) to its ‘parent’ town (garden cities have to be ringed with agricultural land). Neither is it a suburb (let alone a ‘garden’ suburb, a concept which was certainly not Ebenezer Howard’s) because it has its own large and distinct industrial areas. Utrecht has grown from 230,000 to 330,000 people in the last 15 years – an extraordinary feat, and achieved without semantic trickery, but by setting a collaborative and confident vision in close conversation with those already there.

A very quick word about the physical environment at Leidsche Rijn. It was the central park, Maximapark, which was the master-key to unlocking local resistance. 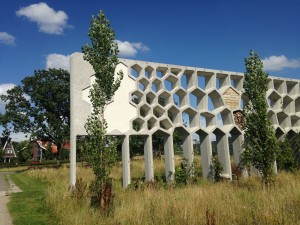 It is huge and mediates between the various neighbourhoods, allowing them to retain their identity. Density is very low at 37 dwellings per hectare (a Vinex policy) which has its critics. 8 developers and 50 architects of all sizes were involved over time which might have resulted in a zoo but was controlled via the city-commissioned Maxwan masterplan. Cars were discouraged by design but those pesky ‘real people’ had other ideas: car use and ownership is still very popular. The shops have not arrived as quickly as residents would have liked, mainly due to the recent downturn. The green and blue infrastructure is beautiful and I can imagine a childhood spent cycling through these 20 square kilometres would be quite magical. And for the older ones, there’s still the promise of the big bad city only a 20 minute cycle away…