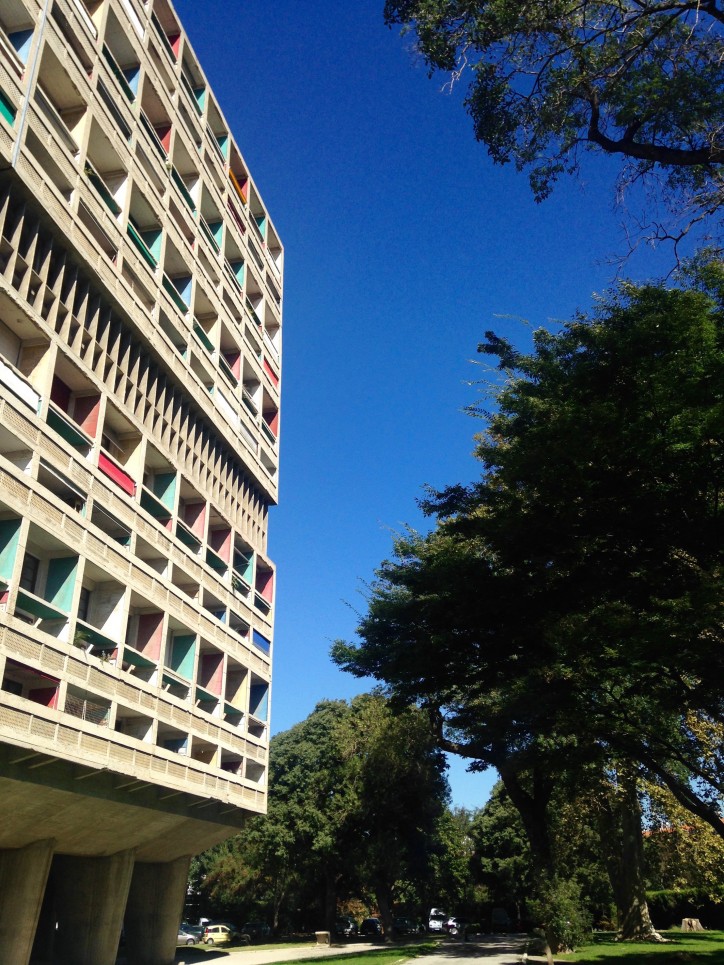 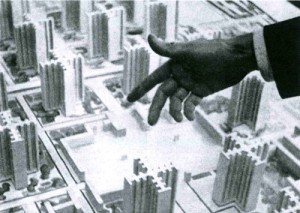 It is a commonplace that the Swiss-French architect Le Corbusier ‘has a lot to answer for’, having designed some of the first concrete high rise housing which was to inspire mediocre but ubiquitous imitations worldwide. Indeed in Marseille itself, a substantial programme of rehabilitation or demolition of such blocks is under way in the suburbs; in London, much of the London County Council and other boroughs’ 60s and 70s output is similarly under review or already gone (Sheffield’s Park Hill being a notable exception). Whilst it is out of scope for this blog to analyse and judge Le Corbusier’s legacy to European housing, I humbly offer up a few reflections following a visit to the renowned Unité this week. 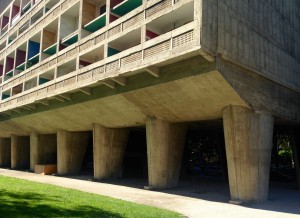 State leaders sought urgent mass housing solutions following WWII’s destruction and Le Corbusier rose to this challenge, proposing a number of Unités in various French cities, as well as Berlin. His concept and design was such a major departure from usual practice (albeit at only 110 dwellings per hectare) that many Unités fell by the wayside, victim to the loss of nerve of various city administrators. Amongst many innovations, the key novelty was the principle of a whole town in one building: shops, a school, gym, paddling pool, offices and rentable rooms are some of the many non-residential spaces included within the Unité, at various levels. 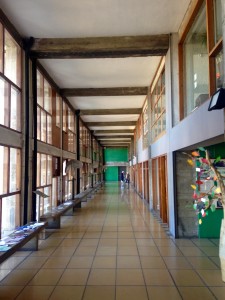 Rather like Alt Erlaa in Vienna, there was a vision and an aspiration (a post-war ‘subsistence’ mentality?) that the residents seldom needed to leave their all-in-one community of 1600 people (undoubtedly far fewer now as the building is populated by bourgeois Corbusistas). Many of the non-resi spaces still work as such today, although the shops are greatly reduced in scope (which seems inevitable to me as they are not easily or obviously accessible to non-residents.) This progressive building’s reputation amongst some Marseillaise (as at Vauban) is that its residents must be mad or dangerous, being nicknamed (proudly) the ‘Maison du Fada’ or ‘House for Nutters’. Corb’s address at the building’s opening contained the immortal lines:

‘You can understand that imagination is not a strong characteristic of Ministries, Town Halls, Municipal Councils, Trade-Unions or Unions of any sort. imagination is a gift of the gods, which brings to the few who possess it, unceasing kicks in the pants all their lives. ‘ 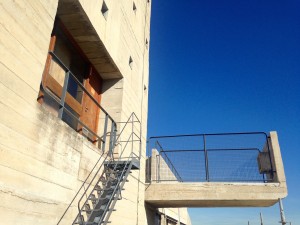 The Marseille Unité was due to be built with a steel structure, but post-war industrial shortages meant that rough finish concrete was the only cheap and readily available material. It took a notable five years to build, from 1947-52: Le Corbusier is on record as railing against the poor workmanship and impoverished craft sensibility of the concrete contractors, who were constantly trying to ‘tidy up’ the textured and pock-marked finish which he treasured. Corb again:

‘Concrete is spoilt only by stupidity and not through its inherent faults. There is bad taste in workmanship and there are workmen with bad taste.’

Some of this is coming true: many of the concrete soffits are spalling and in need of fairly serious repair – possibly also because rainwater is not being adequately thrown away from the façade by any detail. 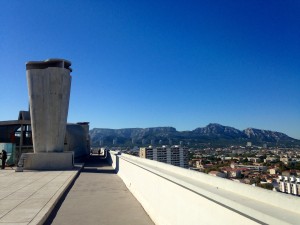 The top and bottom of the building are in my view its greatest success and failure. The roof is a playful delight: a toddlers’ paddling pool was alive with squeals of joy in the bright September sunshine; an art room was an inviting prospect; sculptural elements punctuated the view; and the perambulation possible around this top deck of the ship offered moving views of the mountains and sea beyond. But Corb’s concept for free-flowing landscape 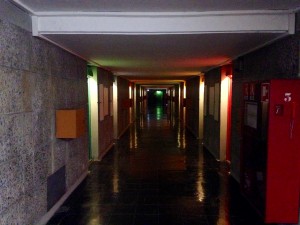 beneath his majestic pilotis at ground floor has not been maintained, with a large and unkempt car park to the west side spoiling this important idea. Architect readers will know that there is a clever section which means that very few corridors are needed in the building, and that flats have wonderful double height living rooms. The corridors which do exist have a generous width, but are kept ‘nightclub’ dark. It is still a special, inspiring and relevant place: it will be interesting to see how many standardised megastructures might emerge from the NLA’s 100 competition entries to solve London’s latest housing crisis.

Thanks to Fondation Le Corbusier for the quotes. 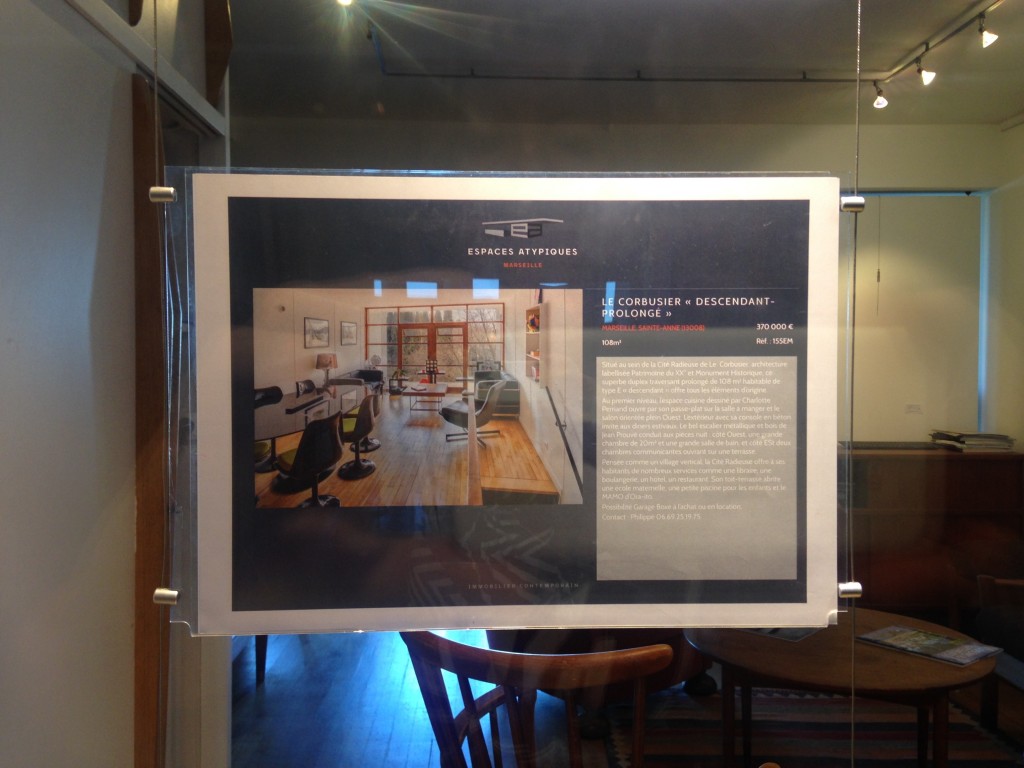